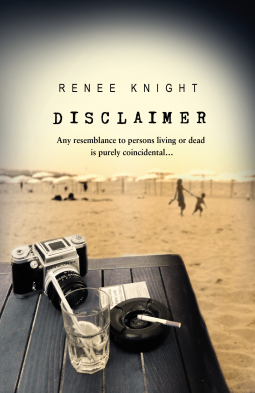 What if you realized the book you were reading was all about you?

When an intriguing novel appears on Catherine’s bedside table, she curls up in bed and begins to read.

But as she turns the pages she is sickened to realize the story will reveal her darkest secret.

A secret she thought no one else knew…

I chose this book because I found the premise very intriguing and mysterious which is not what I normally go for. I’m more often found reading something comedic or romantic fiction so this was a step outside of my comfort zone for me and at first I was a little disappointed. When I was younger I would also delve into the worlds of science fiction so I was expecting something more along those lines, assuming that the reason that the novel was telling her life was supernatural especially as according to the description the novel just ‘appears’ but that was not the case. So yes, I was a little bit disappointed when I first started reading. But that expectation and disappointment unfortunately lead to some confusion. Because I was looking for the usual themes and tropes that one would find in a Sci-Fi novel and not finding them I couldn’t get a grasp on how the novel worked. Different voices are portrayed from different times and slowly they converge towards the middle of the book. But each chapter doesn’t tell you who’s voice you are hearing, just the rough date from which it comes. Once I cast off my preconceptions it was much easier to get along with. Once I stopped thinking about what the novel could have been or the way I wanted it to be it was much easier to enjoy the story it actually was.

The story is, as the description says, it is about a woman who finds a book on her bedside cabinet but she has no idea who put it there and as she begins to read it she realises that someone has written a book about a dark period in her life, a period that she has never spoken to anyone about and, as far as she knew. she was the only person alive who knew about it. The book follows both her struggle with finding the author and controlling the fallout from the implications of the novel as well as the following the writer and their motivations and fight to ruin Catherine’s life. What I liked in particular about this novel was that facts and connections are introduced slowly, just dropped into the narrative as if they are unimportant but then are repeated, making it a little more obvious each time. At first I found this annoying as we knew very little so it was just the same hints over and over but nothing to give you any clarification of the thoughts running through our protagonists’ heads. But as the story develops and more connections are made it becomes clearer but not clear. It’s a typical ‘answers leaving you with more questions’ scenario.

But what I found interesting is that as the reader you get sucked into the lives of the characters, it is easy to see how the novel encourages you to take sides which can change at any moment depending on the developments that arise because there are effectively three stories here. Catherine’s, The author’s and the story itself ‘The Perfect Stranger’ that winds up on her bedside cabinet. So as their narratives develop, excerpts from the novel are given to us and the voices of people long since dead are revealed the perspective shifts, our understanding of events shifts. And I’m ashamed to admit it is far too easy to get swept along by ‘The Perfect Stranger’ without considering how much of it is fiction. I can honestly say that the twists and turns taken by the novel took me by surprise more often than not and I am one of those annoying people who prides myself on always knowing what’s going to happen next. But for me this novel was a bit like The Sixth Sense, you don’t see it coming but when you look back, when the characters look back, you realise the clues were all there.

Considering that I started out quite coldly towards this novel, struggling to pick it back up (That’s why it’s been so long since I’ve posted and for that I apologise) by the end I was quite invested and ended up staying up half of the night to see how it concludes. Mystery novel are not normally something I’d go for but based on this novel I might try another should one come up. I would recommend you try this one even if like me it is not what you’re used to, but if you do, prepare to commit yourself to it and stick it out to see where it goes. I guarantee it’s not where you’d expect it to. If you liked the sound of it and think it’s right up your alley then keep an eye out for it in April 2015!

Then you can let me know what you think!

Posted by mattissecover on December 16, 2014 in Literature Review

I'm kind of a big deal